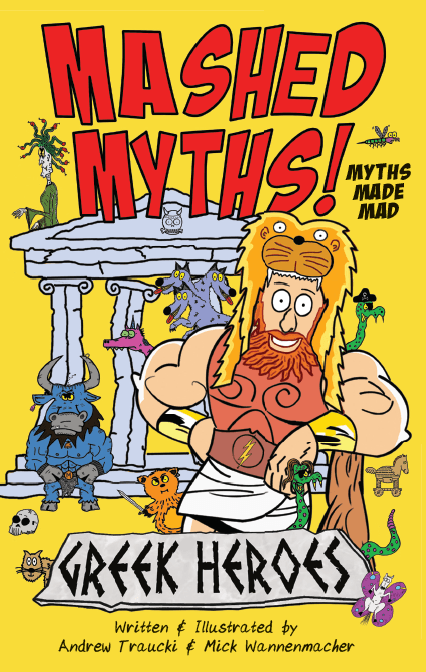 Mashed Myths: Greek Heroes
Enjoy six exciting Ancient Greek tales that have been mashed, mangled and told as they have never been told before - for laughs!

How did Jason defeat the dreaded farting Harpies?Which members of Odysseus’s crew were actually sheep?  “Who seriously drinks fish milkshakes?”

With quizzes, jokes and historical snippets this book will also make you an expert on Ancient Greece before you know it!

Also available at all great bookstores